Posted on September 6, 2021 by John Rakestraw 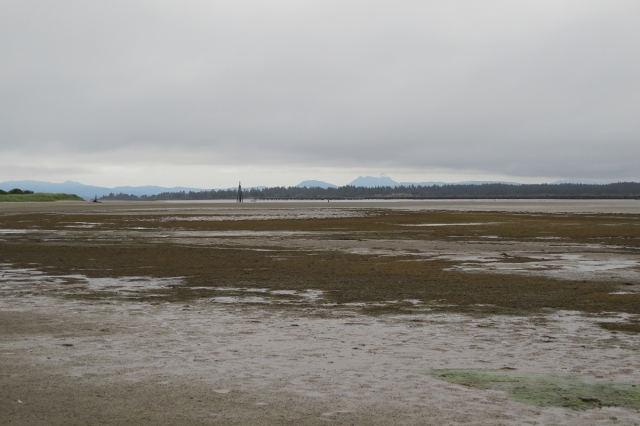 Trestle Bay, just off Parking Lot D at Fort Stevens State Park, can be one of the more productive shorebird spots on the north coast. Timing is critical, as the bay fills completely with the high tide.

When the tide is out, the bay provides extensive mudflats. With this much exposed mud, the birds can be quite distant, so timing your visit when the tide is coming in can produce some nice viewing. 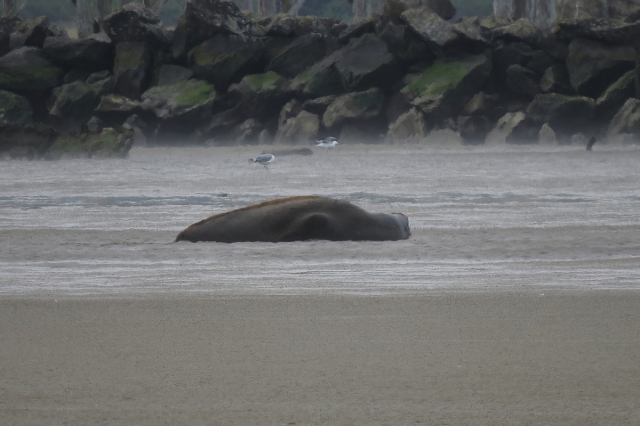 On this visit we observed what we thought was a California Sea Lion carcass way out on the flat. 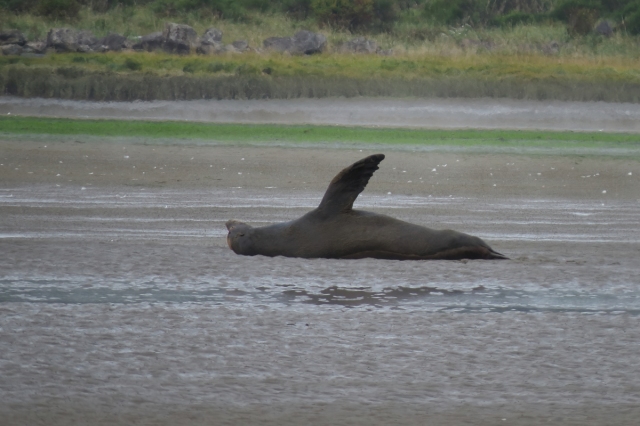 Later we noticed the the sea lion had rolled over and extended a flipper. Apparently he was just hanging out on the mudflat catching some sun.

I normally see these animals basking on rocks, but the mud was apparently working for this guy.

Southbound shorebird migration tends to come in waves, and we were between waves on this visit. Our consolation birds were this flock of Common Mergansers with a California Gull.