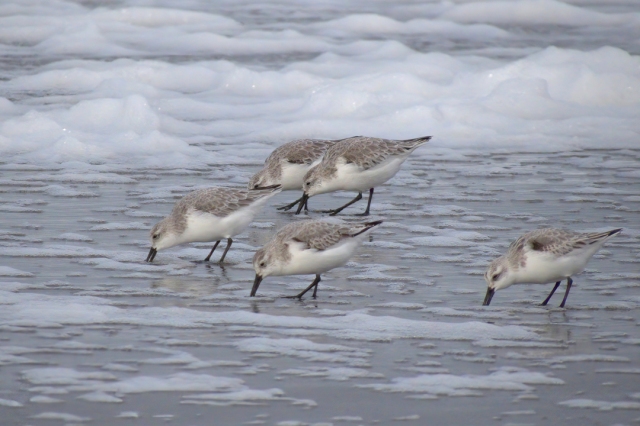 I spent a few days on the north Oregon coast to escape the New Year’s fireworks in Portland. As expected this time of year, there was plenty of wind and rain. But there were enough breaks in the weather to get out and enjoy some coastal birds. 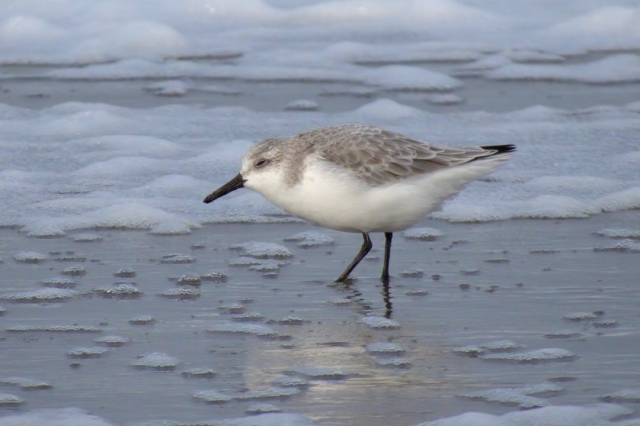 Sanderlings are always a treat. This bird was squinting into the howling wind. 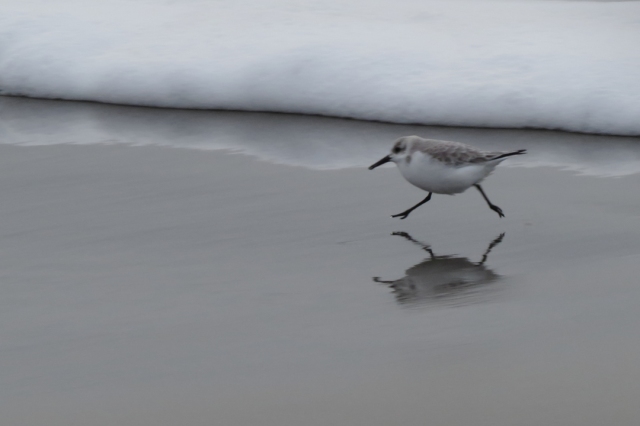 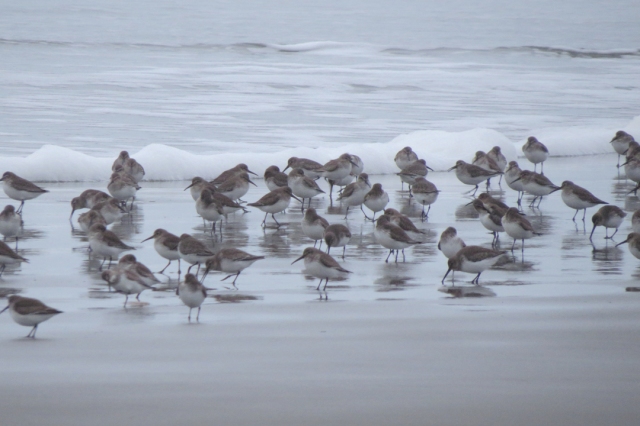 This time of year, the largest shorebird flocks are made up of Dunlin. 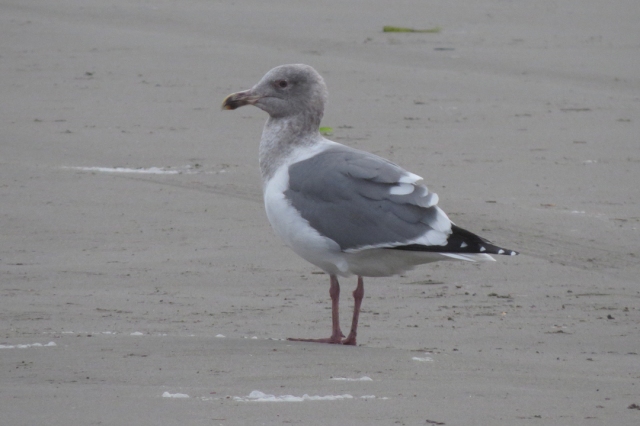 This gull caught my eye. The marbled pattern on the bill indicates a third-cycle bird. The dark mantle and black wing tips suggest Western Gull. The heavy mottled hood suggests some Glaucous-winged Gull in this bird’s ancestry. 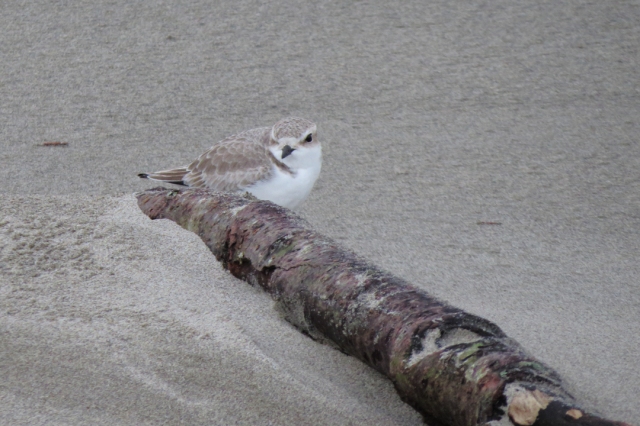 I ran into a small flock of Snowy Plovers. This species is making a great comeback on the Oregon Coast after nearly being extirpated. 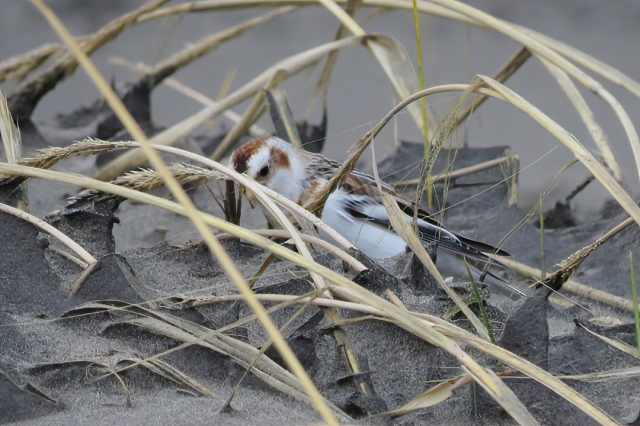 A flock of Snow Buntings was a special treat. The high winds kept the birds moving around and usually hunkered down in the beach grass, so I couldn’t get a clear photo. 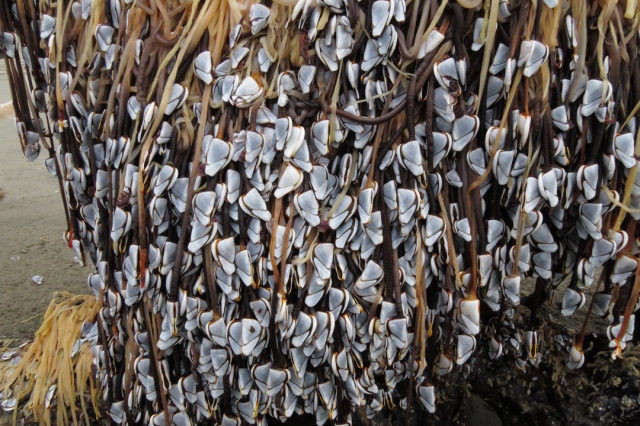 A washed-up log hosted a colony of Pelagic Gooseneck Barnacles. These were actually quite lovely despite the strong fishy smell. The gulls were delighted to find these tasty snacks. 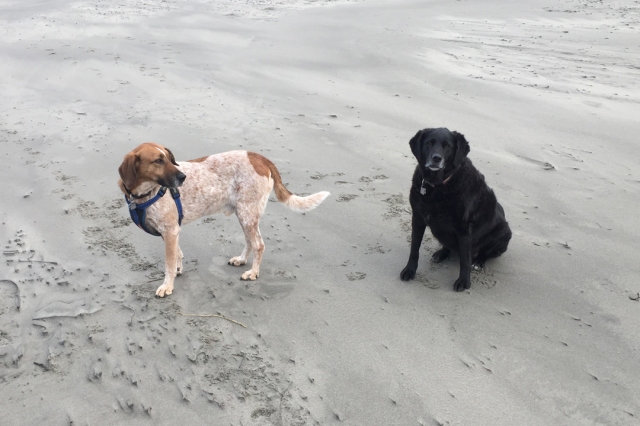 Bodhi and Nala love a good romp on the beach, despite the weather. 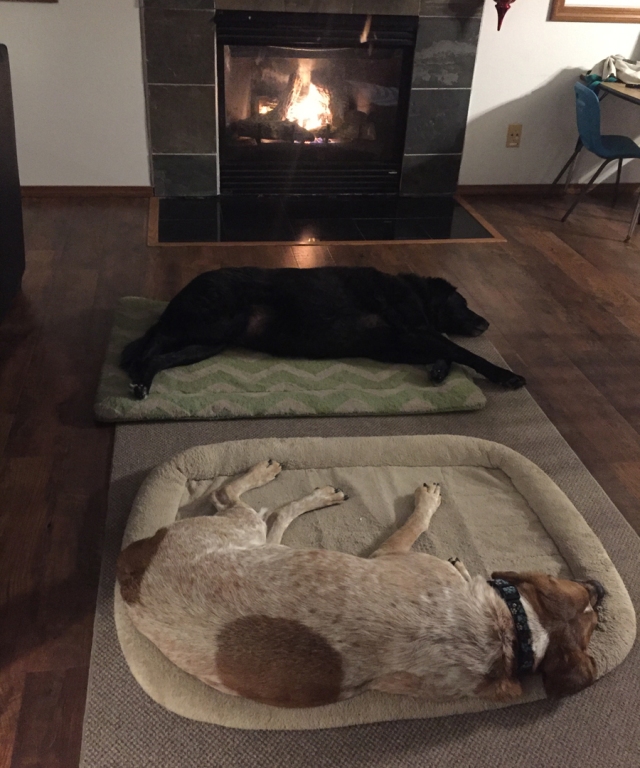