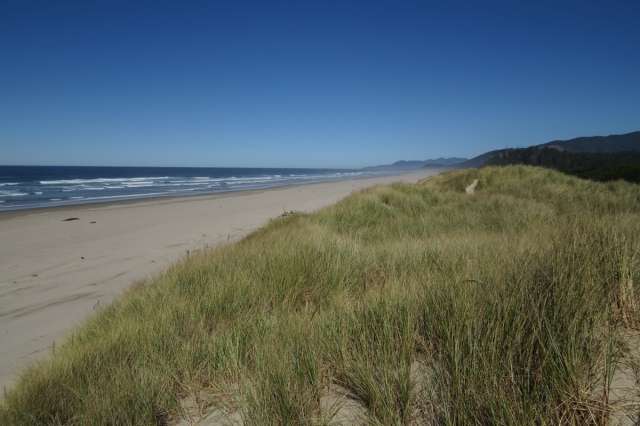 I had to go to Tillamook Bay to get some photos for an upcoming webinar. This particular day had freakishly nice weather, very un-Tillamook-like. Ideally, during fall migration, a birder hopes for onshore winds to bring seabirds and shorebirds close to shore, and a light overcast to provide gentle light for viewing and cool temperatures. This day brought light east winds, a cloudless cobalt blue sky, and temperatures in the 80s. I guess we have to play the cards we are dealt.

This is the Three Graces Tidal Area. The sun hadn’t cleared the hill yet so it was too dark to photograph the Harlequin Duck that was swimming around the rocks. Harlequins are regular at this site.

At the Bay City Oyster Plant, this Double-crested Cormorant was taking advantage of the sun to dry his wings.

Black Phoebe on the pilings at the oyster plant 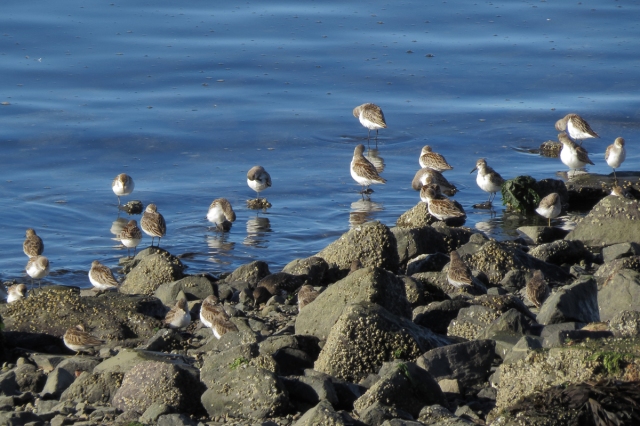 With the east winds, shorebirds were very rare on this trip. This mixed flock of Least and Western Sandpipers at the oyster plant was the only big flock of the day.

Western Gull, hanging out on the Purple Martin boxes

I did the Tillamook Death March around Bayocean Spit. The ocean side of the spit is typically not as birdy as the bay side, but there was not a single shorebird on this trip. 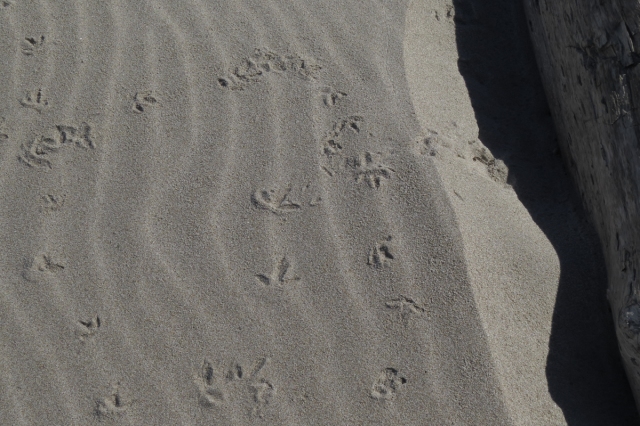 There had apparently been at least a couple of shorebirds here earlier in the day.

Always glad to see these signs, hope that the Snowy Plover population will continue to recover on the Oregon Coast. 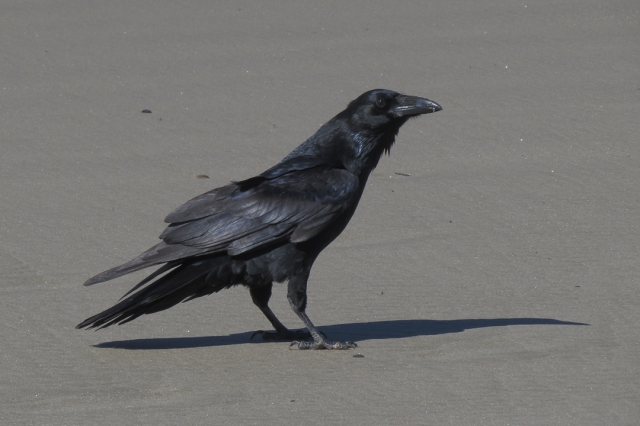 The Common Ravens on the beach were pretty skittish. I wonder if they have been “encouraged” to avoid the plover nesting areas. 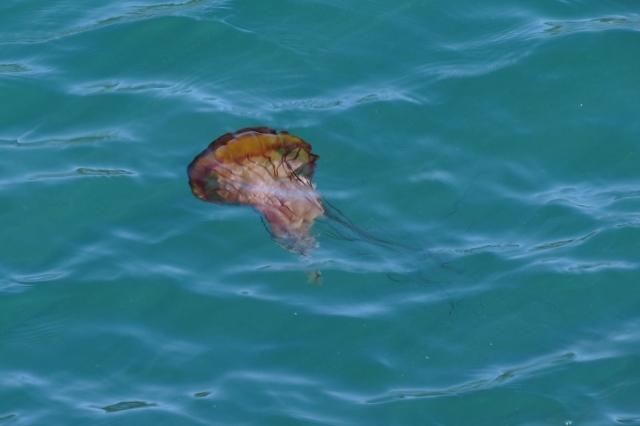 There were a lot of these jellyfish near the mouth of the bay. Yet another reason I don’t swim in the ocean. 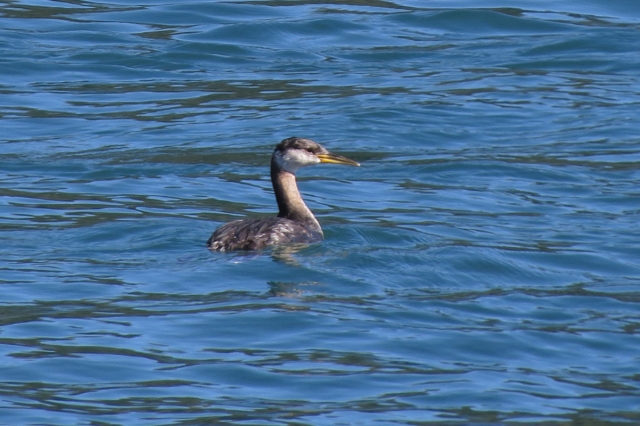 Despite the summery weather, autumn migrants, like this Red-necked Grebe, are trickling in.

Despite the eerily nice weather, there were a few birds around. We need to remind ourselves that there is always something to see.