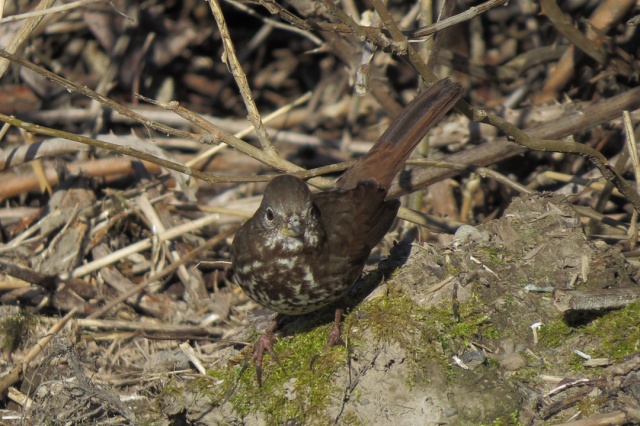 Late winter is when I typically concentrate on sparrows. There isn’t much else going on this time of year, and the vegetation is worn down enough that visibility is pretty good. Rentenaar Road on Sauvie Island continues to be the best spot in the area for a variety of little brown birds. Some would say that the birding is too easy when you just throw down some seed and watch the birds swarm in, but I love the opportunity to see 10 sparrow species side-by-side at close range. Here is a Fox Sparrow.

White-throated Sparrows were a rare treat around here 15 years ago, but they are an expected species now.

There is usually a small flock of Savannah Sparrows along Rentenaar Road in winter. They tend to keep to themselves and don’t come in to feed at the chumming spots. 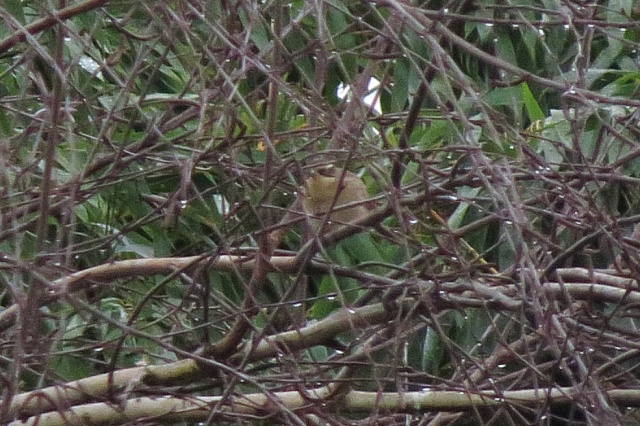 The most noteworthy little brown bird in the area this winter has been the Siberian Accentor in Woodland, WA. I don’t keep a Washington list, but I did cross the river to see this bird. They are quite rare anywhere in North America, so this was probably my only chance to add this bird to my life list. It would have been much better for me if the bird had flown ten miles to the southwest and hung out in Oregon, but Asian vagrants don’t seem to care about my state list.

This was my first snake of the season, found at Wapato Greenway State Park on Sauvie Island. I am not sure if this is a Common Garter or a Northwestern Garter. The body pattern most closely matches the local race of Common Garter, but they typically have red heads. Our local Northwestern Garters do not show red spots on the sides, but do have small dark heads. I did not apply one test that has often worked for me; If you pick them up and they bite you, they are Common Garters. If they don’t try to bite, they are Northwestern. I don’t know if other herpers have noticed this trend, but I have found it to be true of individual snakes of known identity.