From the end of April through the middle of May, migrant shorebird numbers peak along the Oregon coast. I haven’t made it out to the coast yet this spring, but my local inland sites have produced a few species. There isn’t much shorebird habitat in the Portland area in the spring since most bodies of water are full and thus lack mudflats. Muddy edges and flooded soccer fields have to do.

The most unusual find so far has been this Solitary Sandpiper. Solitaries are quite rare in spring (They are pretty rare in autumn, too.) so this bird was a nice surprise. 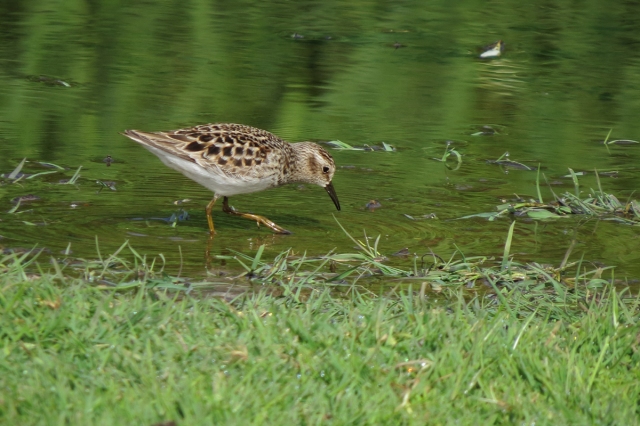 Least Sandpipers have been passing through in small flocks. This individual is modeling all the classic marks of the species; yellowish legs, upperparts that are brown but not too rusty, and a tiny drooping bill. 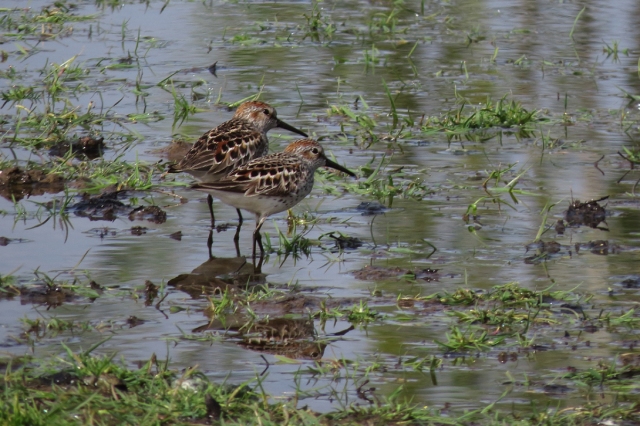 On the coast, Western Sandpipers travel in flocks of hundreds, if not thousands, of individuals. In my 5-mile radius so far, I have seen two. Note the dark legs, longer bills, and more rusty coloration.

Other shorebirds seen but not photographed include a flock of Long-billed Dowitchers, the local Killdeer, and my first Spotted Sandpiper of the year.

A trip to the coast next week should give me a good taste of spring shorebird migration. It will seem odd venturing out of my 5MR, but sometimes you have to go to where the birds are.