Posted on September 3, 2018 by John Rakestraw

I went on the deep water trip organized by Oregon Pelagic Tours. The goal of this trip was to get 50 miles offshore to explore some deeper water (6000 feet). There are a few species of birds our there that are not often seen closer in, so I had hopes of picking up a new bird or two. We struck out on the deep water specialties, but we saw so many great birds on this trip that it was hard to be disappointed. 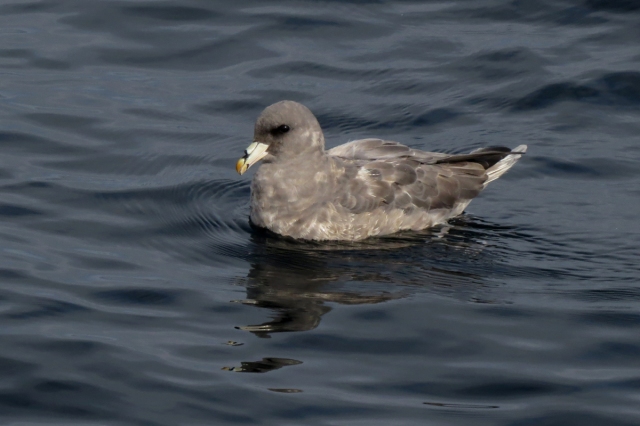 Northern Fulmars were one of the more common species seen on the trip. They come right up to the boat to beg for food.

Most of the Northern Fulmars seen off the Oregon Coast are darker birds like this one.

Black-footed Albatrosses are also extremely common once you get about 30 miles offshore.

Black-footed Albatross with a California Gull

Pink-footed Shearwaters are another common species on many trips. They fly by the boat but tend to not rest on the water too close. 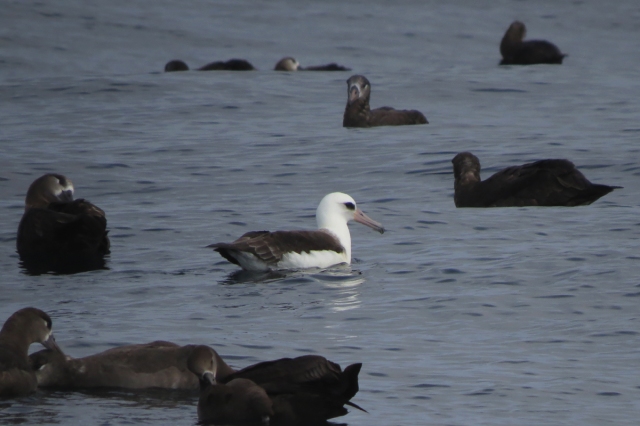 Among the 700 or so Black-footed Albatrosses we saw on this trip were three Laysan Albatrosses. 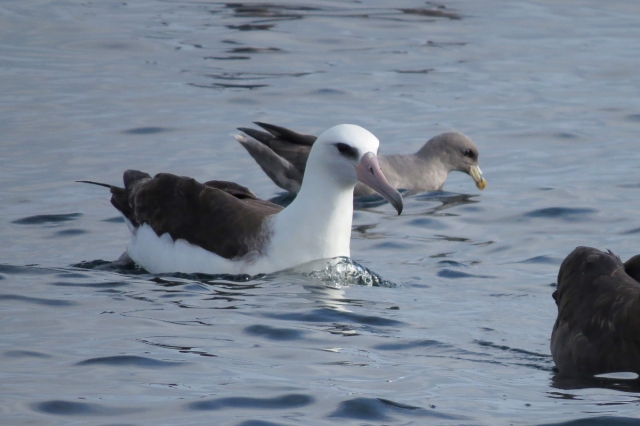 Laysan Albatross with its smokey eye, and a Northern Fulmar in the background

The calm waters allowed us to see many Northern Fur Seals, recognizable by their habit of sticking their large pectoral fins out of the water.

Twelve hours on the water made for a long day. I spent the entire trip along the front rail looking for birds, because if I let my guard down at any time, that is when the mega-rarity will show up. Even if you don’t get a new bird, the common species, along with other marine wildlife, always make a day on the water worth the effort.