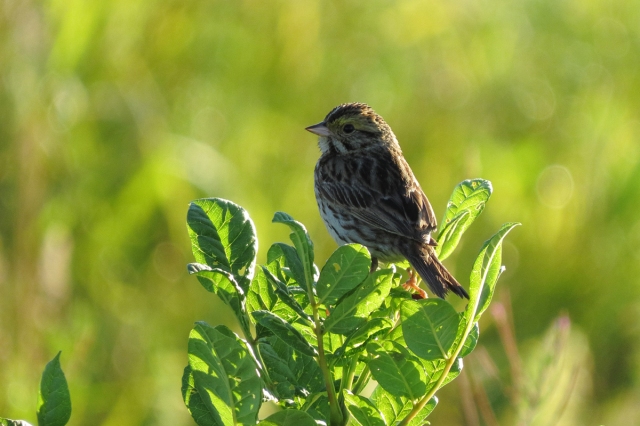 I visited Tualatin River NWR last week. The weather has been very hot and dry, so I started early in the morning. There was a surprisingly large diversity of species for mid-summer. I ended the trip with 55 species. I didn’t pay too much attention to waterfowl, so there may have been more. This Savannah Sparrow was backlit by rising sun. 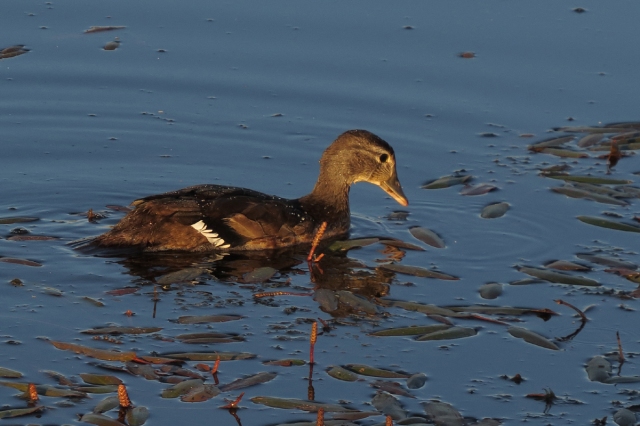 Here is one reason I don’t pay too much attention to waterfowl this time of year. There are a lot of young birds and molting adults around in Ugly Duck Season. Some birders love the challenge of studying these birds, but since ducks are not migrating during their summer molt, the likelihood of finding anything other than the local breeders is slim to none. I’m calling this an immature Wood Duck, but I could be wrong.

This Lazuli Bunting was singing from a little thicket.

There is not a lot of shorebird habitat at the refuge right now, but Greater Yellowlegs, Least Sandpipers, and Western Sandpipers were present in small numbers along with hundreds of Killdeer. As water levels drop, shorebird numbers should increase.