I spent a few hours birding above Timberline Lodge on Mount Hood. It was cold and very windy when I arrived, but conditions gradually improved.

This is not a site to wrack up a long bird list. After three and a half hours of birding, I ended this trip with 12 species. The top eBirder for this site has only accumulated 33 species (I have 31). But I still try to visit at least once a year. The site is unique in that you can drive to the treeline on a paved road, and find high elevation species that you won’t find anywhere else so close to Portland.

The best bird of the day was this Black-backed Woodpecker, who made a brief appearance on this isolated snag before flying back down slope to the forest. 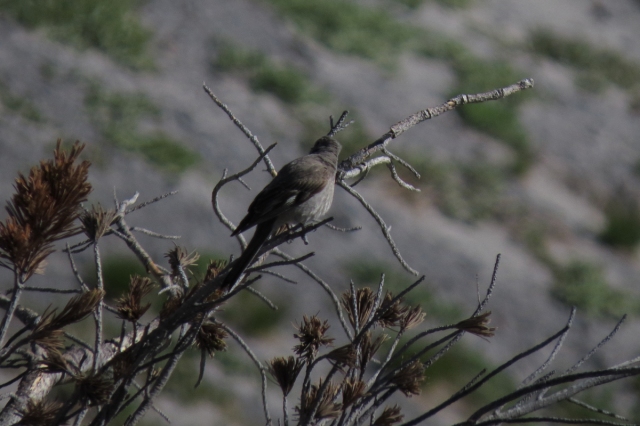 This Townsend’s Solitaire was near the woodpecker. I got two photos before the bird flew off, one blurry and one with the bird looking away.

With its gravel and fine volcanic ash, Mount Hood above the treeline would look much like the surface of the moon were it not for the abundant wildflowers and the occasional Golden-mantled Ground Squirrel. 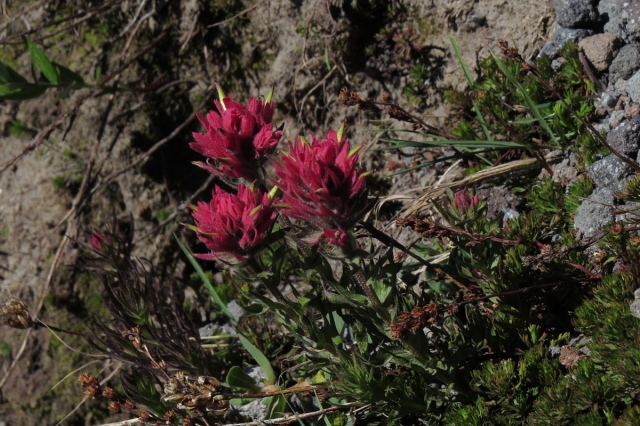 still not on the moon

There are usually a couple of Common Ravens hanging out near the parking lot. This one was feeding on an apple core.

While photographers generally try to avoid harsh midday sunlight, the intense light brought out some nice highlights on this Common Raven.

It was another tough day above Timberline Lodge, but there is always something to see.