I hadn’t been to the dry side of Oregon for far too long, so I took a trip to Smith Rock State Park. The avian stars of this site are the White-throated Swifts that nest here. They did not disappoint, but those little winged rockets are far too fast for my photographic abilities.

Unlike the swifts, the abundant Violet-green Swallows will occasionally pose for a photo.

There was apparently a good crop of Black-billed Magpies this year, so lots of youngsters were hopping around near the parking lot.

Direct sunlight and iridescence make for a lovely flash of color on these black birds.

Desert Cottontail. Note all the ticks on the edge of his ear. 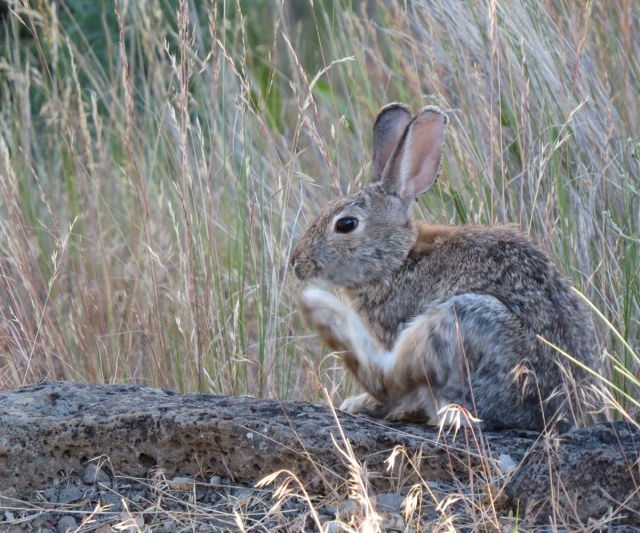 I hiked over the rock formation on the aptly named Misery Ridge Trail, then back along the Crooked River. Rock Wrens were plentiful, but whenever I try to photograph that species I end up with crystal clear images of rocks with blurry birds on them.

Mule Deer were common in the grassy areas along the river. 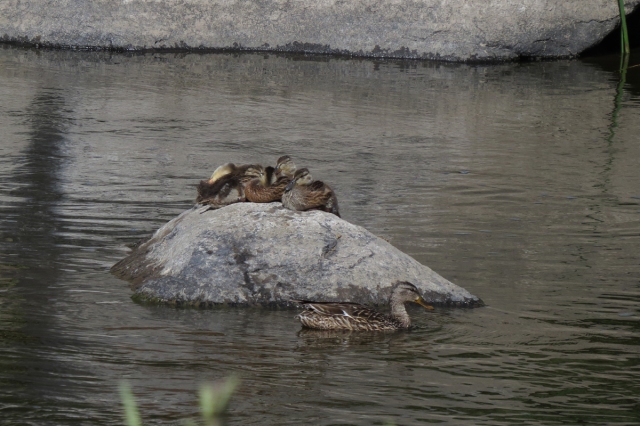 The river held lots of Mallards, like the family pictured here, and Canada Geese.

Looking up at the cliff face from the river 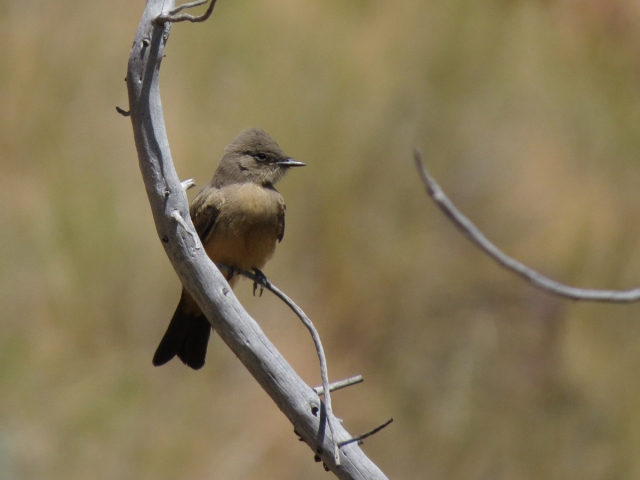 The same Say’s Phoebe, about to hork up something

By noon, the park was getting pretty crowded and the heat was intense so I headed for home. Birding was quite good despite the heat and the lateness of the season. I think a trip here in early June would be even more productive.