I went out to Smith and Bybee Wetlands and Vanport Wetlands to check for migrants. The Smith and Bybee area was pretty slow. Water levels were high so some of the trails were inaccessible. Vanport had some really interesting birds, including several Redheads and Yellow-headed Blackbirds, both hard to find in the Portland area.

The small colony of Cliff Swallows at Smith and Bybee was active with nest building.

This House Sparrow had moved into an old Cliff Swallow nest.

At Vanport, most birds were pretty far away, like this Yellow-headed Blackbird. His song was easily heard, even from across the lake. 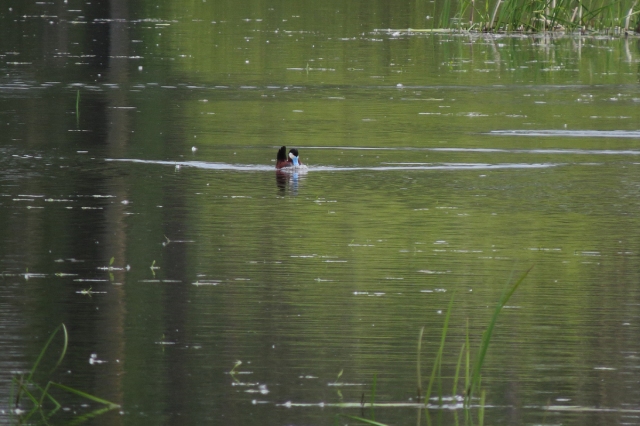 This Ruddy Duck was doing his motorboat impression to impress the ladies.

This Cooper’s Hawk was atop a tall tree overlooking the racetrack. The loud engines did not seem to bother him. I can’t say the same for me. 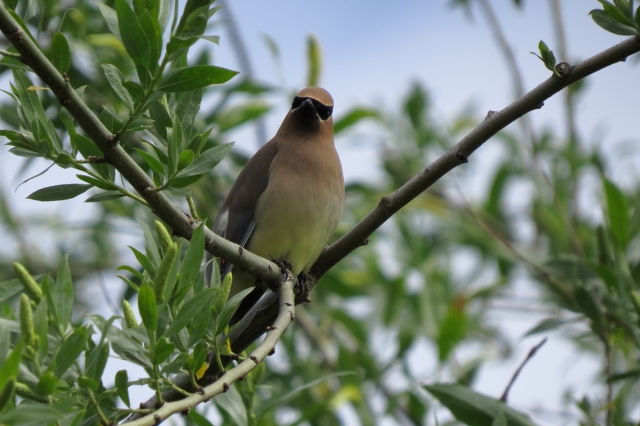 A few birds, like this Cedar Waxwing, were down in the small trees along the near shore of the lake.

Bullock’s Orioles are often obscured by foliage in the treetops. This individual was low enough for a brief glimpse among the blossoms.