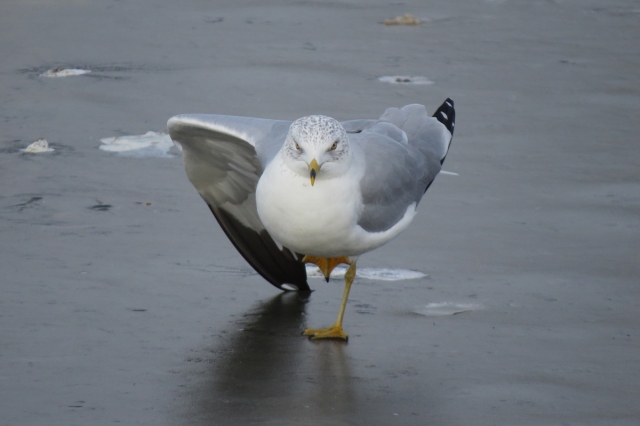 The Portland area got a dump of about 10″ of snow recently. It was lovely on the first day, but for the next week it was a pain, with roads being impassable from the ice and snow. When I was finally able to get out, I went to Amberglen office park in Hillsboro to scout for my Hillsboro Parks and Rec gull class. This Ring-billed Gull was posing on the ice.

I found a few California Gulls on my scouting trip, but they were a no-show on class day.

This Lesser Scaup was bathing at Dawson Creek. The bill color on these birds is striking.

On Thursday I went to Sauvie Island, partly just to go birding and partly to scout for my upcoming waterfowl class. There was so much water from the melting snow that the ducks were scattered everywhere. Raptors put on a good show. Here is a young Red-tailed Hawk.

This Peregrine Falcon was keeping an eye on the ducks. 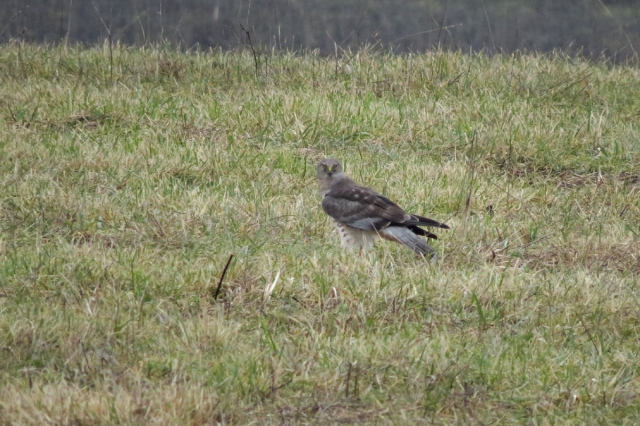 I laid down some millet in various spots to chum for sparrows (class in March, hint, hint).

Golden-crowned Sparrow, one of the more common winter residents.

White-throated Sparrows were a big deal when I first moved to Oregon, but they are now considered rare but regular in the winter. 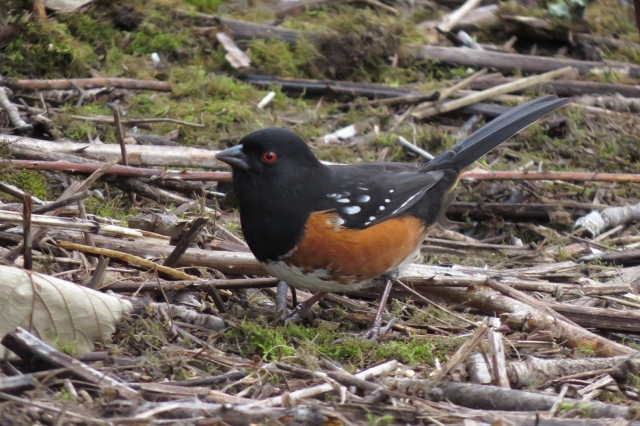 Spotted Towhees are so common they tend to be overlooked. But it is nice to stop and appreciate just how gaudy and beautiful they are.

Lots to see in the Portland area this time of year. Cheers.