I led a couple of tours for the Birding and Blues Festival last weekend. The weather was dry and reasonably warm, despite rather vicious afternoon winds on the beach.

North winds brought good numbers of migrating shorebirds close to land. Shorebirds often bypass Oregon beaches on their way to Grays Harbor in Washington, so it was nice to find a big flock feeding right across from our hotel. 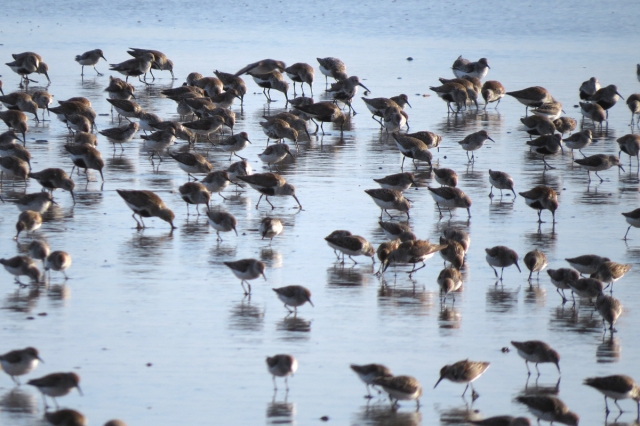 The flock was mostly Dunlins and Western Sandpipers, but their were a couple of Semipalmated Plovers in mix. (but not in this photo) 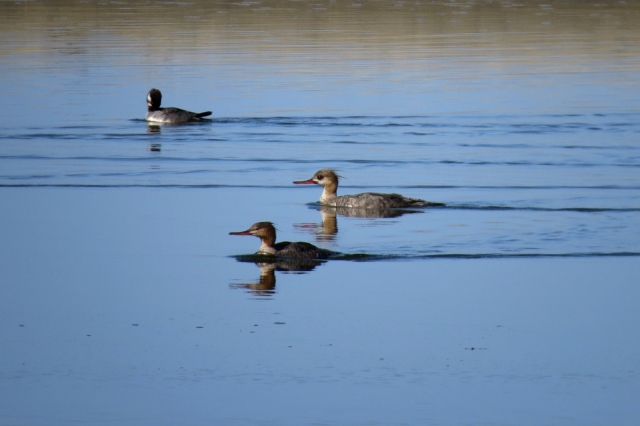 These Red-breasted Mergansers were at Clay Meyers State Natural Area.

Eurasian Collared Doves are pretty easy to find in Tillamook County. This one was singing behind the community center in Pacific City.

The view from Cape Lookout. It is unusual to see the ocean looking blue instead of steely gray.