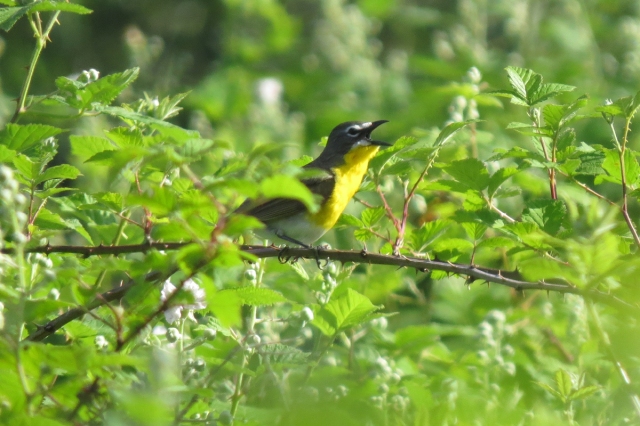 I took Nala to the Sandy River Delta this week. One of the target birds for this area is Yellow-breasted Chat, a species hard to find elsewhere in the Portland area. 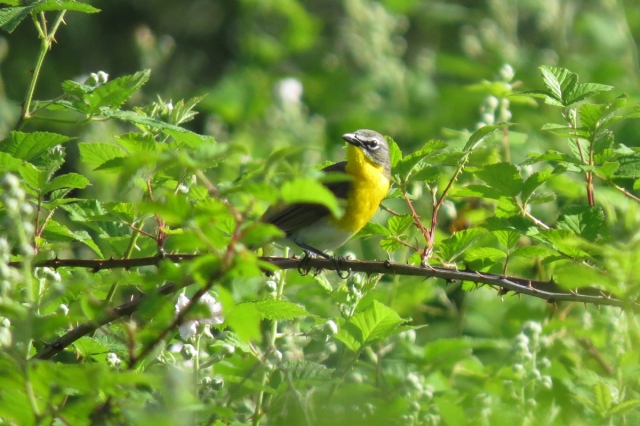 This was the only individual I found that day, but new migrants are arriving daily. Willow Flycatchers and Eastern Kingbirds, two other specialties of this site, were largely absent during my visit, but were reported a few days later.

Lazuli Buntings are back in force and singing on territory.

Savannah Sparrow, in harsh sunlight. One of these days I will learn how to photograph in such conditions.

We often associate Pileated Woodpeckers with dense forest, but this species is often found on isolated cottonwood trees along the Columbia River.

Leave a Reply to Just Another Nature Enthusiast Cancel reply