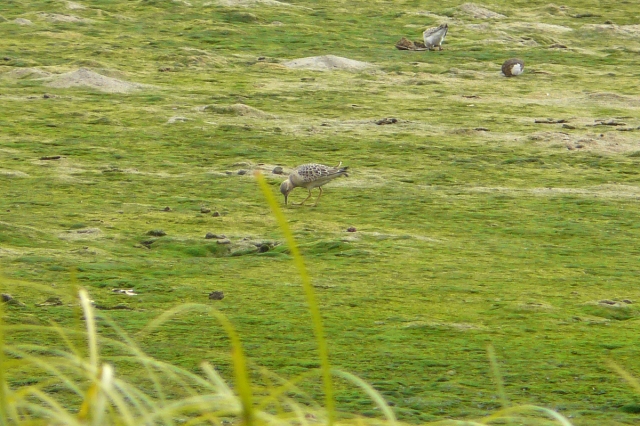 A couple of Buff-breasted Sandpipers have been staging at the Necanicum Estuary (Birding Oregon p.121) in Gearhart. I have wanted to see this species in Oregon for some time, but I have been unable to connect until this year. Buff-breasteds are uncommon to begin with, and most of the population migrates through the center of the continent or over the Atlantic. A few (almost always juveniles) are found in Oregon in September most years, and the Necanicum Estuary seems to be one of the more reliable sites for this species. 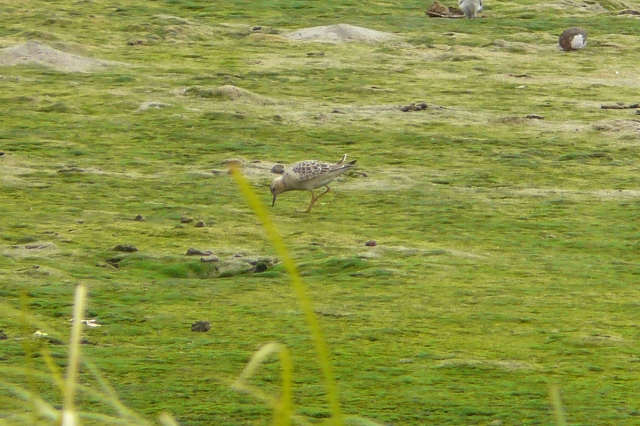 After nesting in the Arctic, Buff-breasted Sandpipers fly to southern South America for the winter. Such a long migration requires that the birds occasionally stop off for a week or so to build up fat reserves before continuing their long flight. Thankfully for us birders, these long rest stops give us a good chance to go see these rare beauties when they are reported.

The algae mats that are hosting the Buffy are also attracting good numbers of other shorebirds. Several Baird’s Sandpipers were present on this visit. Pictured above are a Western Sandpiper and a Semipalmated Plover. Shorebird viewing at this location should remain good throughout September.