I spent a warm sunny November day at Ft. Stevens (Birding Oregon p. 119). The tide and winds were both high, so the sea was too rough to find any birds on the water near the south jetty at parking lot C.

The best birds of the trip were a flock of five Snow Buntings, a species that has eluded me in Oregon until now. They appeared on the beach near the jetty, then quickly moved on.

This image shows three Snow Buntings in flight. No, really.

There were hundreds of California Sea Lions in the area, both on the jetty and in the surf. 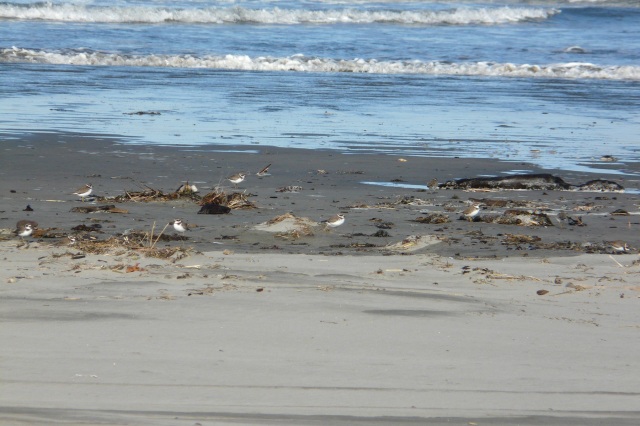 A flock of at least 35 Semipalmated Plovers were working the wrack line. There are ten in this image. No, really. 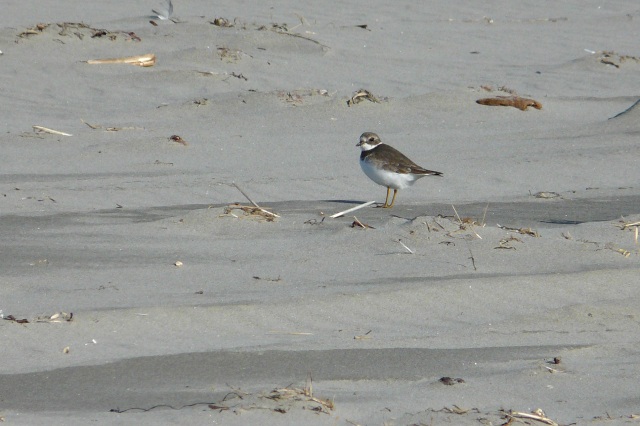 Here’s a better view of a Semipalmated Plover. 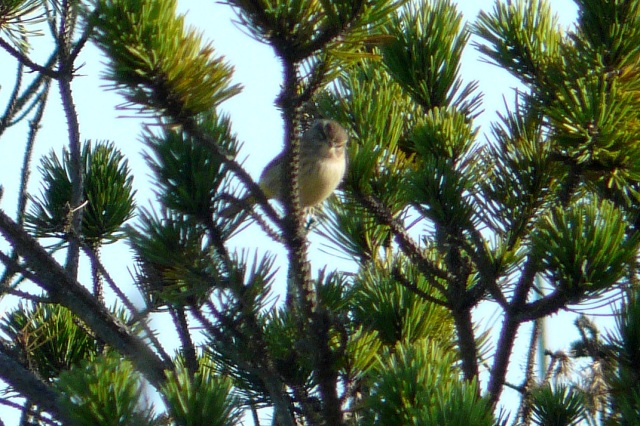 This Palm Warbler was a nice surprise. This species is rare along the coast in autumn.

Brown Pelicans were very common. The Heerman’s Gulls that harass them during the summer have already moved south for the winter, so the pelicans can feed in relative peace. 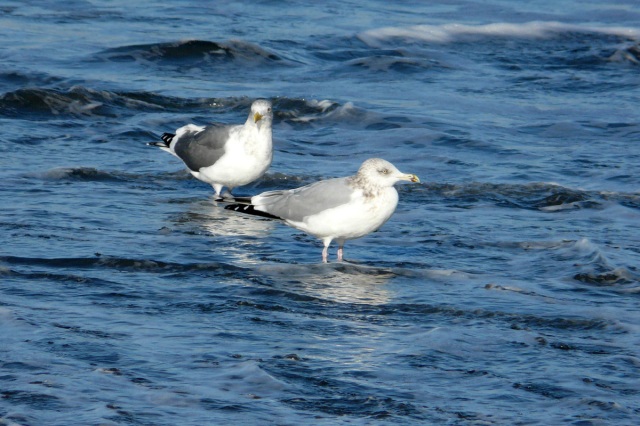 Western Gull (left) and Herring Gull. The gulls on the beach are much more wary than those that spend the winter in Portland.

Other goodies that escaped the camera were a Peregrine Falcon on the beach, a Northern Shrike, and three Western Meadowlarks. It was a great day to enjoy the sun before the cold wet weather settles in to stay.