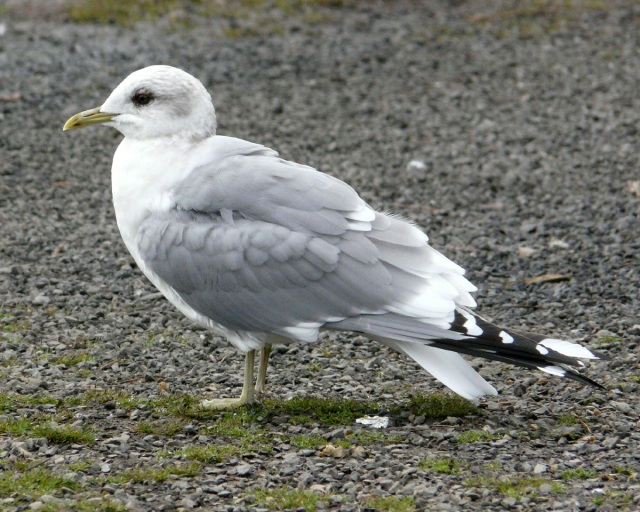 As gulls go, Mew Gulls are very petite. They are instantly recognized by their round head, dark eye with a brick-red orbital ring, long wings, yellow legs, and thin bill with just a hint of a “ring” in winter.

Mew Gulls have a very large white mirror on the outermost primary (P10) and a fairly large one on P9. On flying birds, the amount of white in the wingtips helps to differentiate Mew Gulls from Ring-billed Gulls from quite a distance. 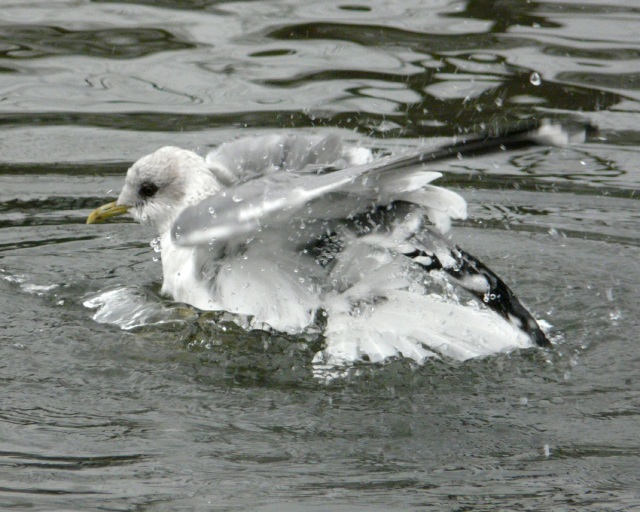 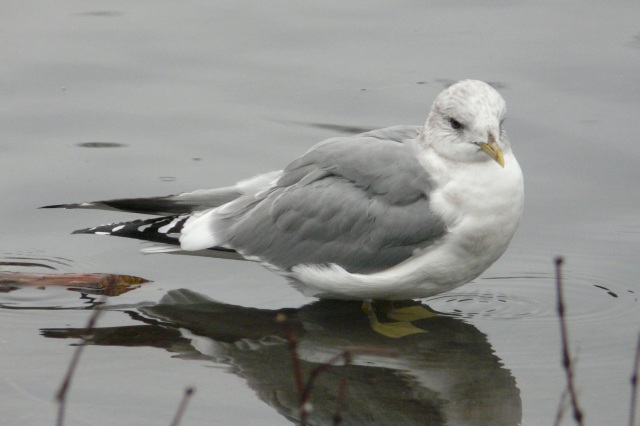 Mew Gulls are common in winter along the Oregon Coast (usually at river mouths and in meadows) and in the Willamette Valley. Due to their small size, they normally form single-species flocks or associate with Ring-billed and California Gulls, avoiding concentrations of larger gull species.

This entry was posted in species profile and tagged Mew Gull. Bookmark the permalink.