Posted on September 8, 2010 by John Rakestraw

It had been a while since I had walked all the way around Bayocean Spit (Birding Oregon p. 128). This is a great walk which takes about four hours, assuming you stop and look at birds along the way.

This morning was one of those misty gray days when the sky blends into the ocean. The fog and drizzle make photography rather difficult, giving everything a blurry grainy look. The dark line on the horizon is the south jetty. The crane in the distance is working on the end of the north jetty.

Shorebirds were few and far between this day. This is an adult Black-bellied Plover.

The rocks of the jetty are home to many Ochre Sea Stars.

Brown Pelican with his posse. 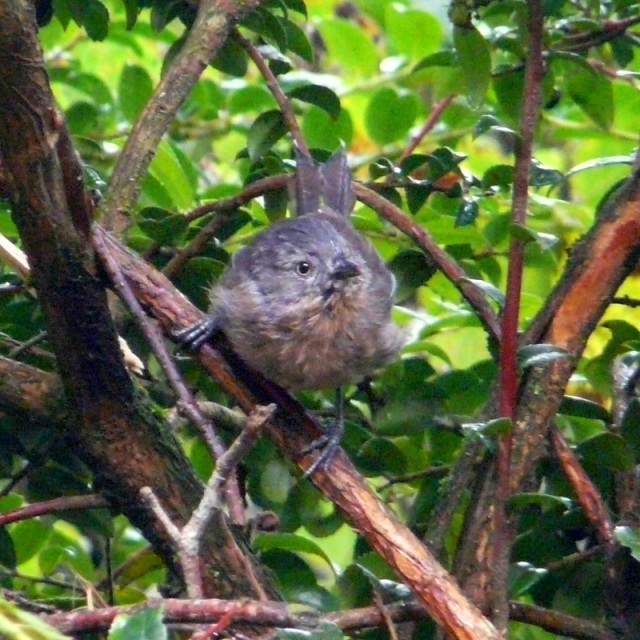 The woods and brushy areas on Bayocean Spit are home to Wrentits. These birds tend to remain hidden in heavy cover, but their loud and unique vocalizations are heard throughout the year. This bird sat still just long enough for my point-and-shoot camera to get off one shot at 1/13th of a second.