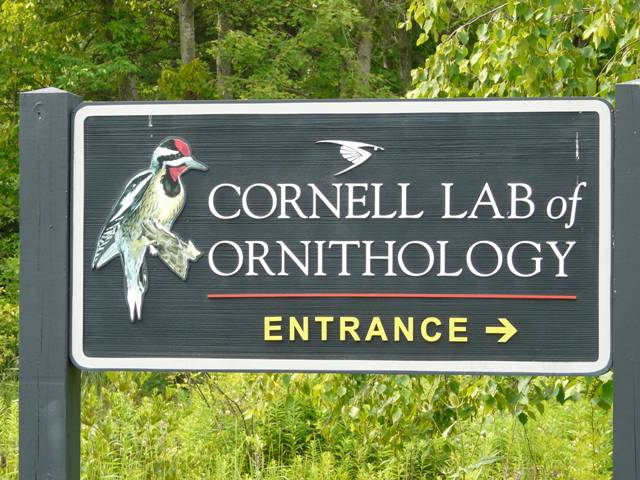 I recently had the opportunity to visit Sapsucker Woods, the headquarters of the Cornell Lab of Ornithology near Ithaca, NY. They have a great visitors’ center with various displays, artwork, a store, and windows overlooking multiple bird feeders and a large pond. 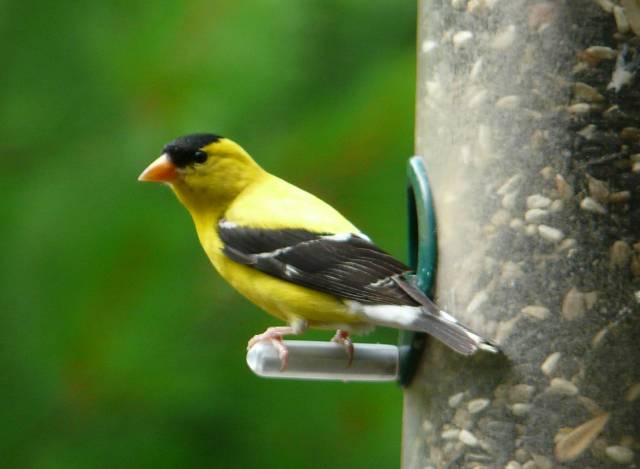 The feeders attract a nice variety of birds, including this American Goldfinch. The large windows are covered with netting to prevent window strikes. That is great for the birds, but not so great for auto-focus cameras, which can’t ignore the netting in front of the intended target. 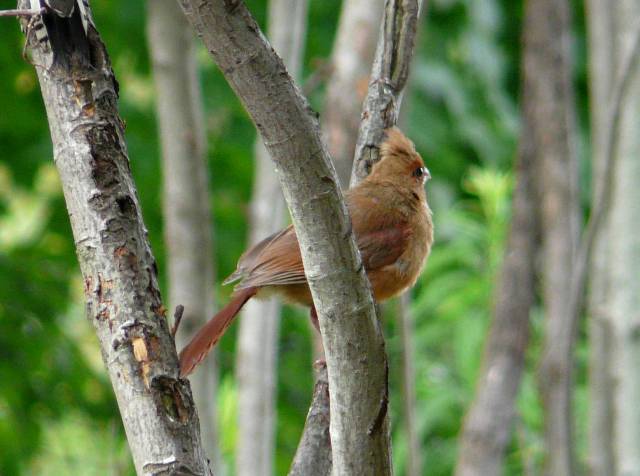 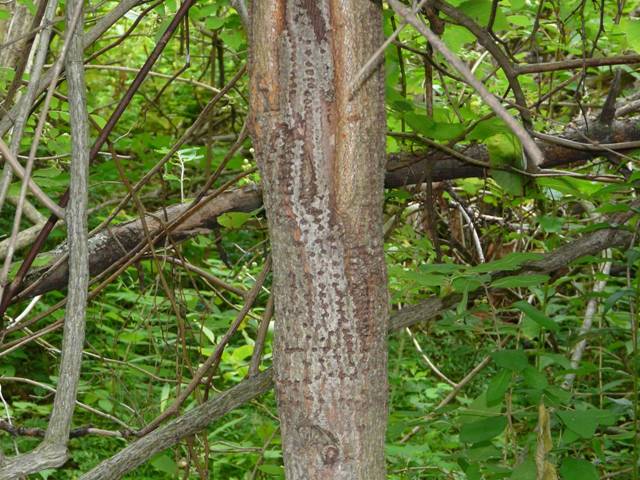 The sanctuary takes its name from the Yellow-bellied Sapsucker, a common resident here. Many of the trees bear rows of small holes drilled by these woodpeckers. 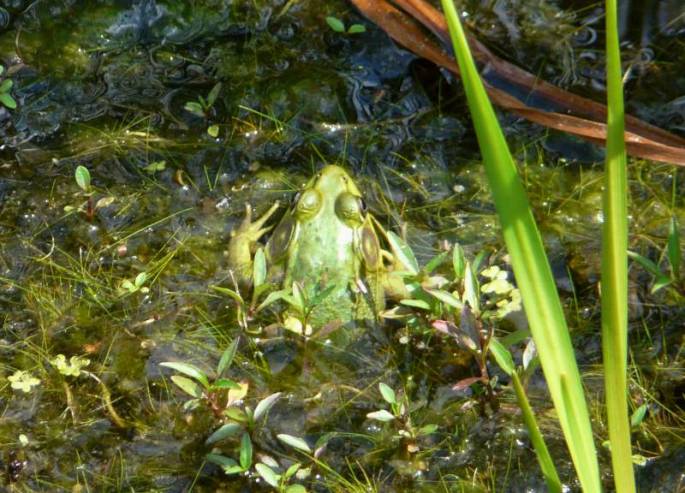 The marshy area near the building’s entrance attracted its share of wildlife, including this Green Frog (Rana clamitans) 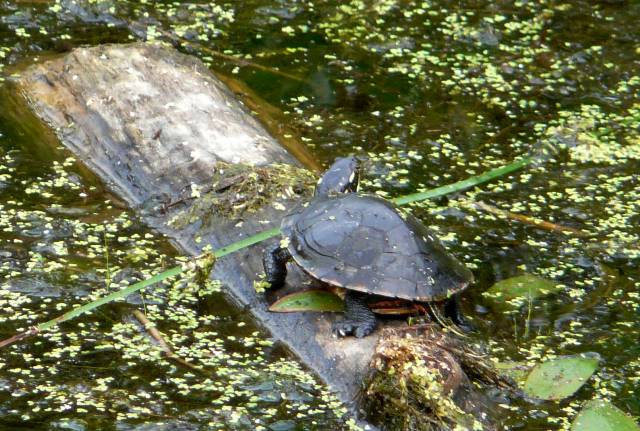 and this Eastern Painted Turtle. 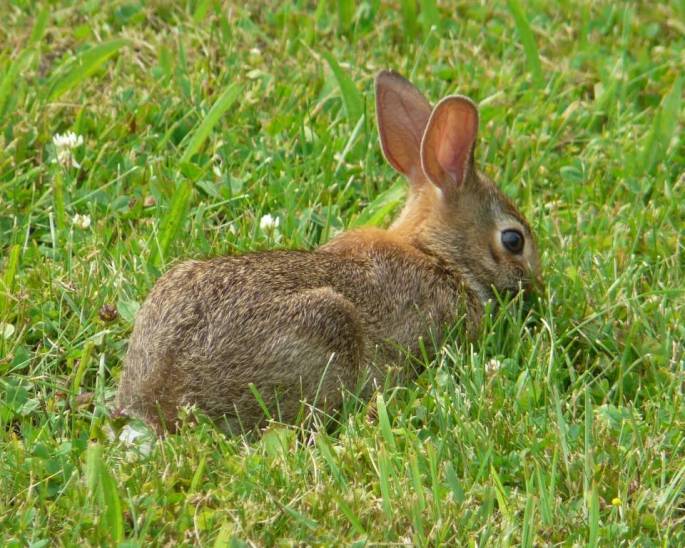 This Eastern Cottontail was enjoying a snack on the lawn. 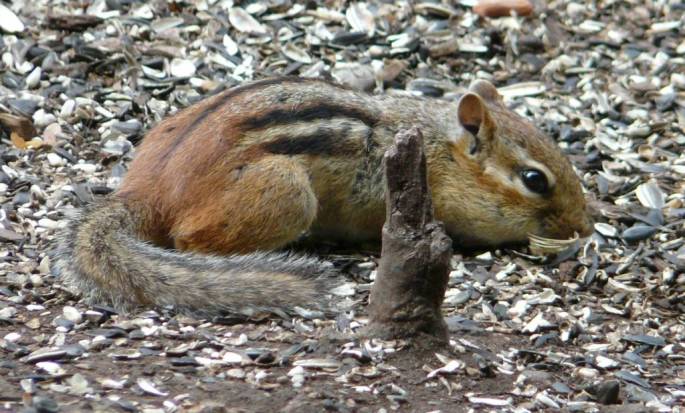 Eastern Chipmunks are common under the bird feeders. 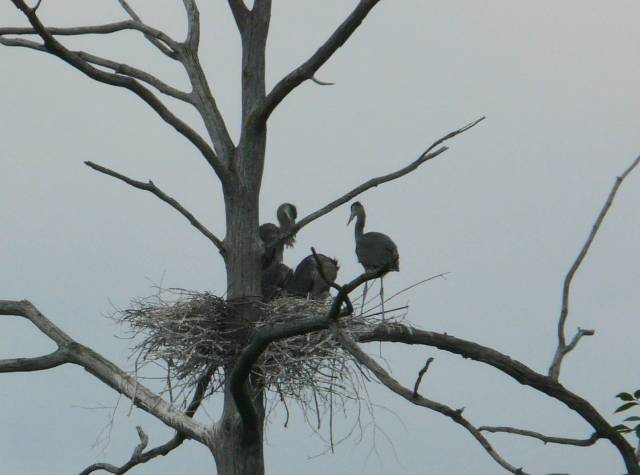 The large pond behind the building attracts waterfowl and waders, including these Great Blue Herons nesting in a dead tree. 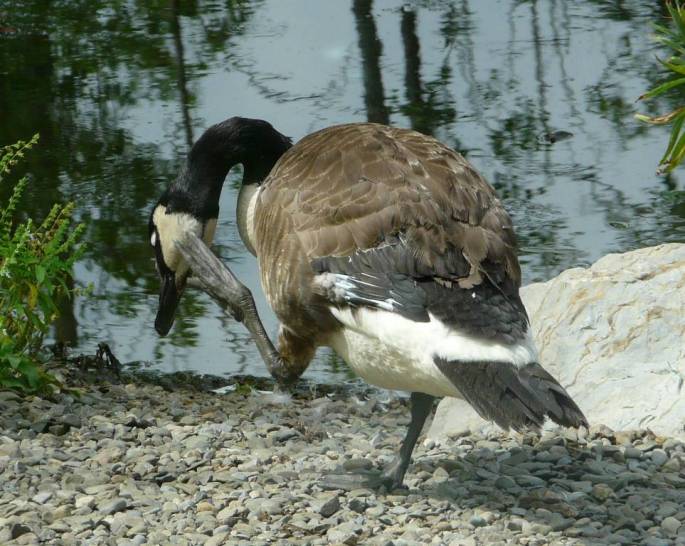 The only waterfowl around the pond on this July day were Mallards and Canada Geese. Like other species of waterfowl, this Canada Goose molts all his flight feathers at once during the summer. This makes it impossible for the bird to fly, but it does give us a chance to see the birds blackish rump and the white band across the uppertail coverts.