This is the prairie at the northeast corner of Finley National Wildlife Refuge (Birding Oregon p. 84).  The bird diversity in prairies is often pretty low, and you get rather damp walking through shoulder-high grass on a dewy morning, but I always enjoy exploring grassland habitats.

Savannah Sparrow was the most numerous species by far. This distant grainy photo is typical of my efforts to capture this species. They either flush right at your feet, or perch on an exposed twig so they can see you coming a mile away. Western Meadowlarks and Western Kingbirds were also present, but equally un-photogenic. 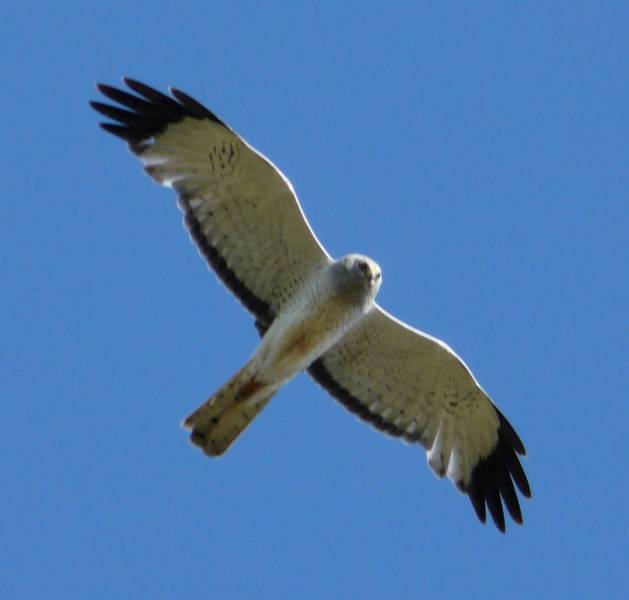 This male Northern Harrier hovered over me for a while. I was apparently too close to his nest. I kept moving. 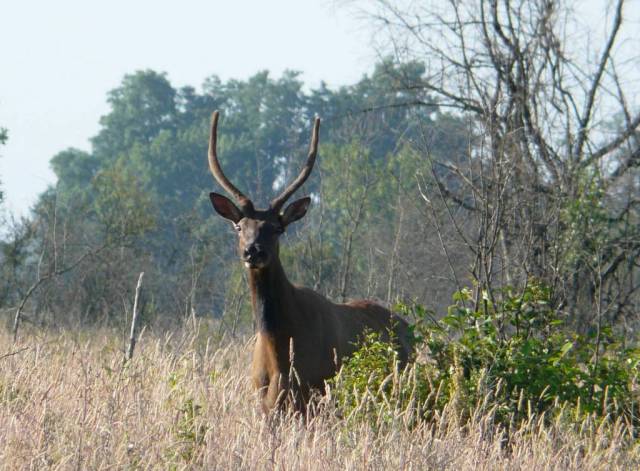 This bull Roosevelt Elk was completely hidden by the grass until he stood up. It seems odd to me that this large beast, who could trample me into the prairie sod without so much as breaking a sweat, would be intimidated by this little vegan biped. But I guess some of the bipeds this guy encounters are packing rifles or bows, so it is probably a good thing to be wary.

Here are a few more of the herd. See the two babies? The female in the middle has her tongue out, but I don’t think that was directed toward me.