Despite the fact that much of this bird is hidden from view, all the key field marks (broad square tail, dark primaries that contrast with the rest of the wing, and the lack of spots) reveal this bird to be a Eurasian Collared-Dove. Native to Europe and most of Asia, this species was introduced to the Bahamas in 1974. It made its way to Florida by 1980, and has been spreading rapidly across North America, reaching Oregon in 1998. These individuals in these photos were part of a small flock on Sauvie Island. 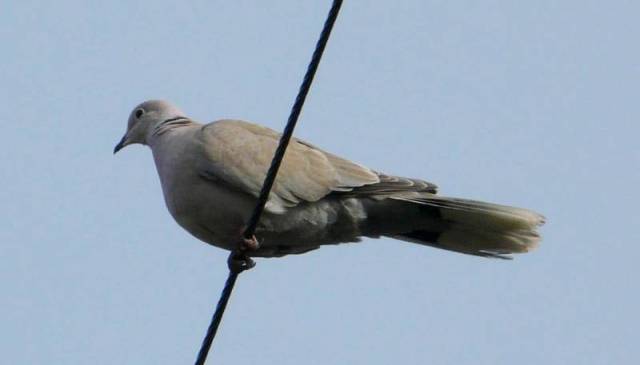 Here is a view of the underside of the tail, showing the broad pale terminal band, the dark base, and the white edges.

This entry was posted in species profile and tagged Eurasian Collared-Dove. Bookmark the permalink.