I haven’t seen many Anna’s Hummingbirds at the feeder lately, even though they are on the property year round. Yesterday I found this male in the early morning, thus the dark grainy photos. 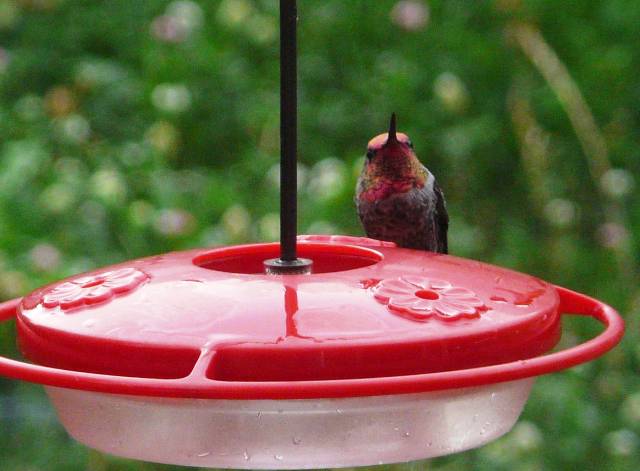 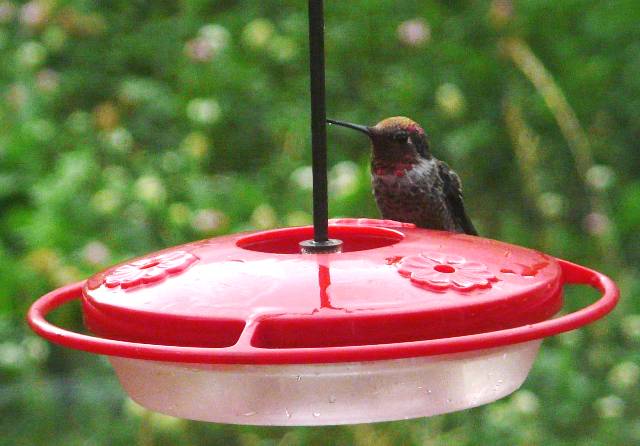 The Anna’s need to use the feeder early in the morning to avoid these little guys: 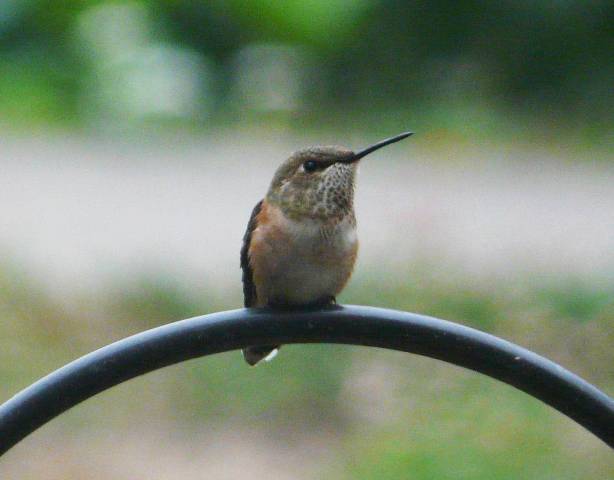 Rufous Hummingbirds are passing through. While they are noticeably smaller than the Anna’s, they are much more aggressive in claiming the garden as their own. I have read about two solutions for warring hummers; one is to put another feeder out of sight of the first, the idea being that while the dominant hummer is guarding one feeder, other birds can feed on the other. The other plan is to put several feeders in close proximity, in hopes that the dominant bird can’t guard them all at once and will share. I haven’t tried either of these, primarily because I don’t want to maintain two feeders. 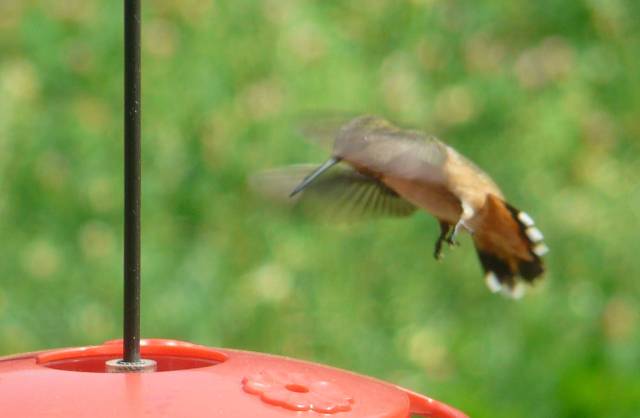 I will probably let them work it out on their own. The Rufous Hummingbirds will soon be on their way to sunny Mexico, while the Anna’s will stay and add a little color to the gray winter ahead.

This entry was posted in behavior and tagged Anna's Hummingbird, Rufous Hummingbird. Bookmark the permalink.