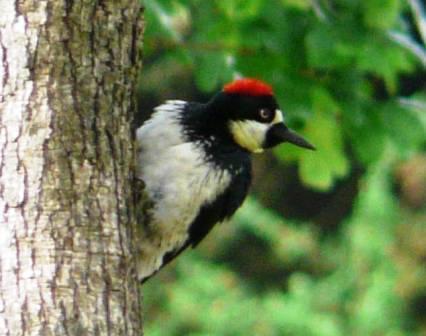 I checked some of the birding sites in Washington County recently. The first stop was Rogers Park in Forest Grove (Birding Oregon p. 62). This is the home of one of the northernmost colonies of Acorn Woodpeckers. These are fascinating woodpeckers, both for their habit of storing acorns in tree bark, utility poles, wooden siding, etc., and for their interesting pattern. One this particular day, a young Cooper’s Hawk was hanging out in the park, driving the woodpeckers and most other species into hiding.

The next stop was Fernhill Wetlands (Birding Oregon p. 61). While this is one of the best birding spots in Oregon, it is currently in the summer doldrums. The breeding season has about wrapped up, and the fall migrants haven’t begun in earnest. Shorebirds are starting to come through. There isn’t a lot of mudflat habitat available yet, but as water levels continue to drop conditions should improve. 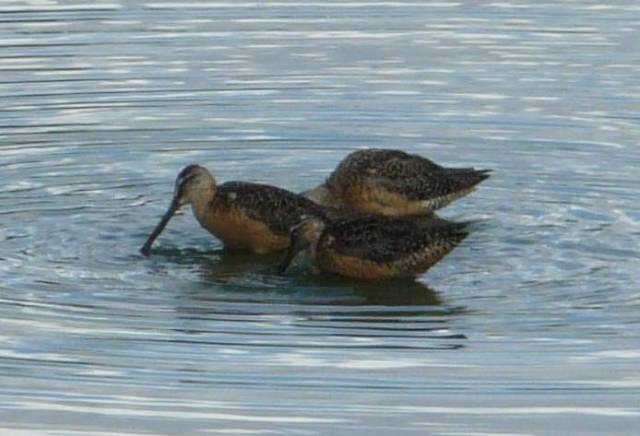 Here is a first cycle California Gull munching on a dead carp. (who says birding isn’t glamorous?) I know what you’re thinking. “It’s only August. Is he going to start with the gulls already?” You betcha! We know this is a young California Gull by the long thin bill with the clearly demarcated dark tip, and by the long dark wingtips that extend well beyond the tail. My friend, the Northwest Nature Nut, has not yet developed a love of gull ID, but I hope to gradually chip away her resistance.

An exploration of Haag Lake in Scoggins Valley Park didn’t reveal a lot of birds, but a Beaver lounging in one of the quiet arms of the reservoir was a nice treat. I don’t get to see Beaver out in the daylight very often.