Of those who commented on the shorebird mount from Maine, some were convinced the bird was an Eskimo Curlew, some felt it was a small Whimbrel, and others said that the key field marks for distinguishing the two were not visible in the photos. So I went back today for a better look. When I arrived at the visitors’ center, no one was around. So I became “one of those people” who ignore the signs that tell you not to touch the displays. Here is what I discovered.

The wing tips do not come close to the end of the tail. On an Eskimo Curlew, the wing tips would normally extend beyond the tail. 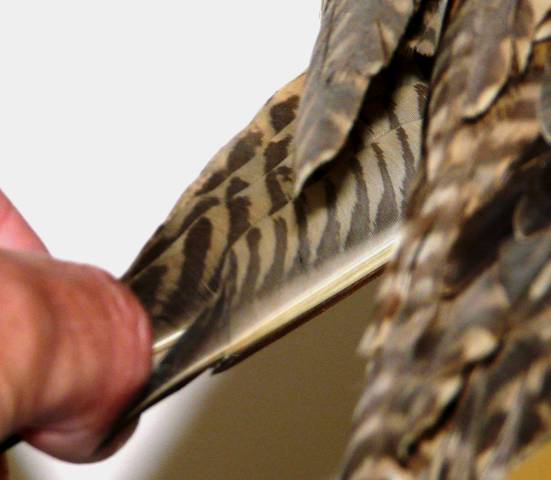 And here is the clincher. The underside of the primaries are heavily barred. The primaries on an Eskimo Curlew would be solid gray. So we apparently have a small Whimbrel with a rather diminutive bill.

This entry was posted in identification challenges and tagged whimbrel. Bookmark the permalink.